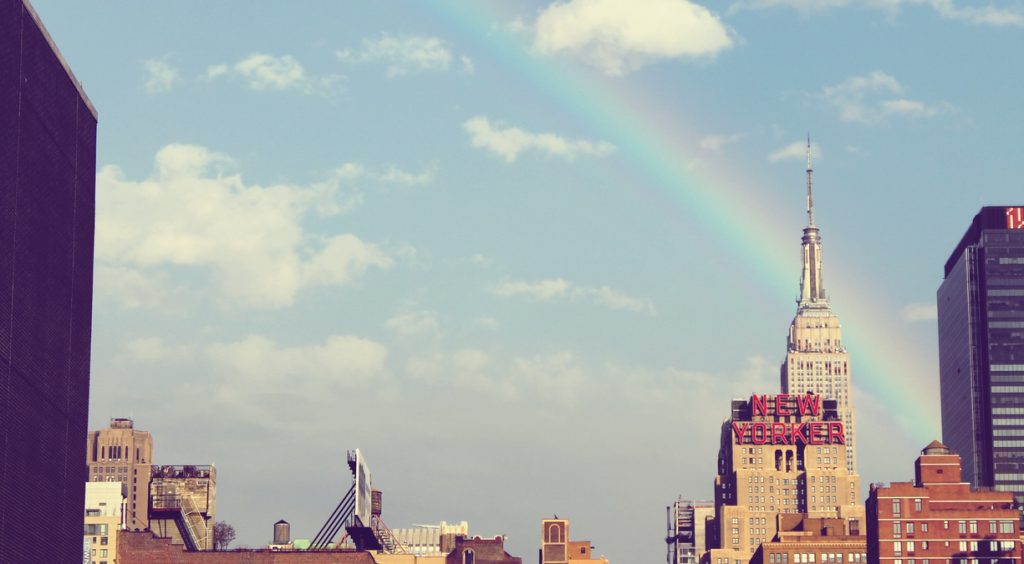 Choosing Peace in the War of Controversy

“Both sides in big controversies . . . should seek to understand the other’s position and seek practical accommodations that provide fairness for all and total dominance for neither.” —Elder Dallin H. Oaks 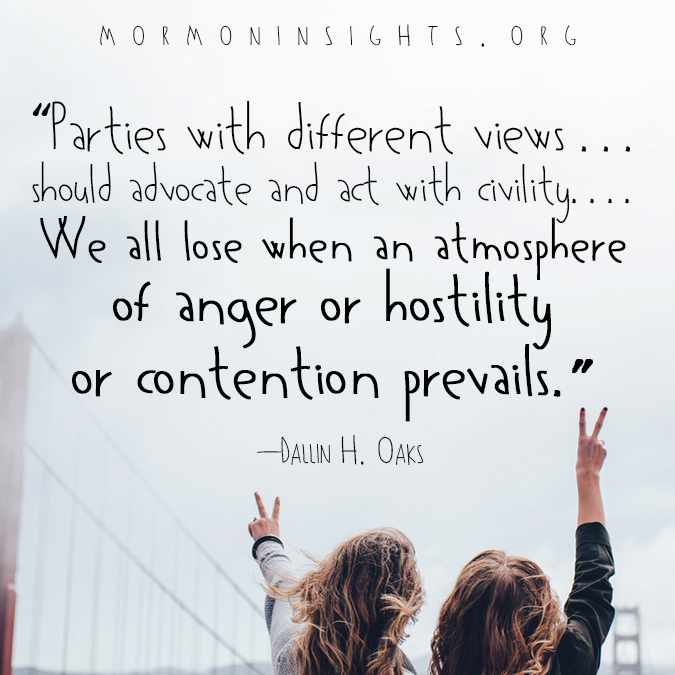 With the recent legalization of gay marriage in the United States, The Church of Jesus Christ of Latter-day Saints remains strong in its support of a man and woman raising children in a traditional family. With these two very different views competing for our attention, sometimes it can be hard to know what is right.

Elder Dallin H. Oaks of the Quorum of the Twelve Apostles recently gave a speech at the Second Annual Sacramento Court/Clergy Conference titled “The Boundary Between Church and State.” His speech can help us better understand how to feel and act concerning controversial topics like gay marriage.

In his speech, Elder Oaks calls for peace and harmony instead of hate and “culture wars.” When people disagree over an important topic, situations can get very ugly. But Elder Oaks says, “Parties with different views . . . should advocate and act with civility. . . . We all lose when an atmosphere of anger or hostility or contention prevails.” No matter how much we disagree with someone’s opinions or lifestyle choices, we should respect and love him or her as the Lord does.

Elder Oaks also advises against following the extremes of either side of controversy. He explains that in a world full of different people and opinions, it is impossible for people to “achieve absolute victory” and get exactly what they want. Instead, Elder Oaks calls for loving compromise: “Both sides in big controversies like this should seek to understand the other’s position and seek practical accommodations that provide fairness for all and total dominance for neither.”

In the end, no matter what we believe, we are all children of God, and we all deserve each other’s respect. Our goal is not to win a culture war but to spread love throughout the world.

Elder Oaks also explains that religious believers should understand “that [there] should be no belligerence between religion and government.” God’s law is very important, but we also believe that the law of the land is important. Elder Oaks assures us that it is our duty to follow the law, whether it adheres to the standards of our religion or not. “It is better to try to live with an unjust law than to contribute to . . . anarchy.”

Read or watch Elder Oaks’s speech, “The Boundary between Church and State.”

Learn more about the LDS Church’s stance on same-sex attraction.