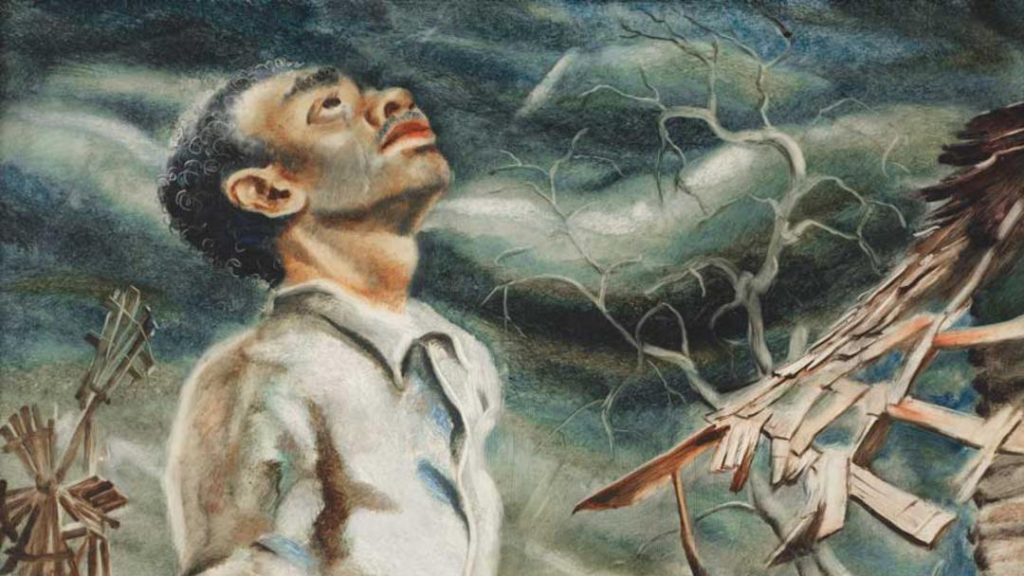 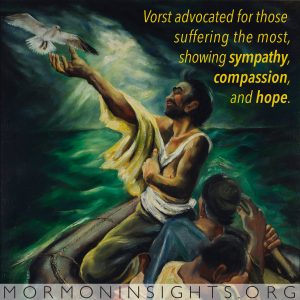 Individual suffering and heartache are not common themes in LDS artwork. Many of us prefer “uplifting” and familiar scenes—pioneers fearlessly crossing the plains, Helaman leading his stripling warriors, Christ descending from the heavens. Although most of the paintings by Joseph Paul Vorst wouldn’t be labeled “motivational,” he captured the faith and devotion of common people in a way that inspires members of the Church.

The life and art of Vorst are traced in an article by Laura Allred Hurtado, a curator at the Church History Museum, and Glen Nelson, a writer and art historian. Born in Germany, Vorst was trained in the Expressionist art style while studying in Essen. As a young man and the only member of his family to join the Church, he became actively involved in the local branch. Once Hitler came to power, Vorst immigrated to the United States to avoid the Nazis’ harassment of artists and intellectuals who disagreed with the political party’s ideology.

Arriving in the United States, Vorst encountered a new set of challenges, such as the Great Depression and natural disasters. During the Depression, Vorst received federally funded commissions to paint three murals, one of which included the Salt Lake Temple in the backdrop. Many of his works during this era reflect the hardships of the day and the power of faith.

Vorst exhibited in museums across the United States, including the Whitney Museum of American Art and the Metropolitan Museum of Art. But his success was cut short by his untimely death. Because neither his wife nor his son was a member of the Church, much of his art was forgotten by the Church until Hurtado and Nelson recently curated an exhibit featuring Vorst’s works.

As Hurtado and Nelson explain, “Vorst consistently looked to those who were suffering most—the downtrodden, the oppressed, and the underprivileged—and he advocated for them with compassion, hope, and sympathy.”

The Church continues to discover artistic talent among its members and its history. During our own times of turmoil or personal disasters, we can find solace in the work of such artists as Joseph Paul Vorst.

To learn more about Joseph Paul Vorst and his work, read the full article by Laura Allred Hurtado and Glen Nelson.

View Vorst’s paintings included in the the online exhibit.

Check out other pieces of original art by Latter-day Saint artists in the Church’s collection.

See the Mormon Newsroom announcement about the exhibit.