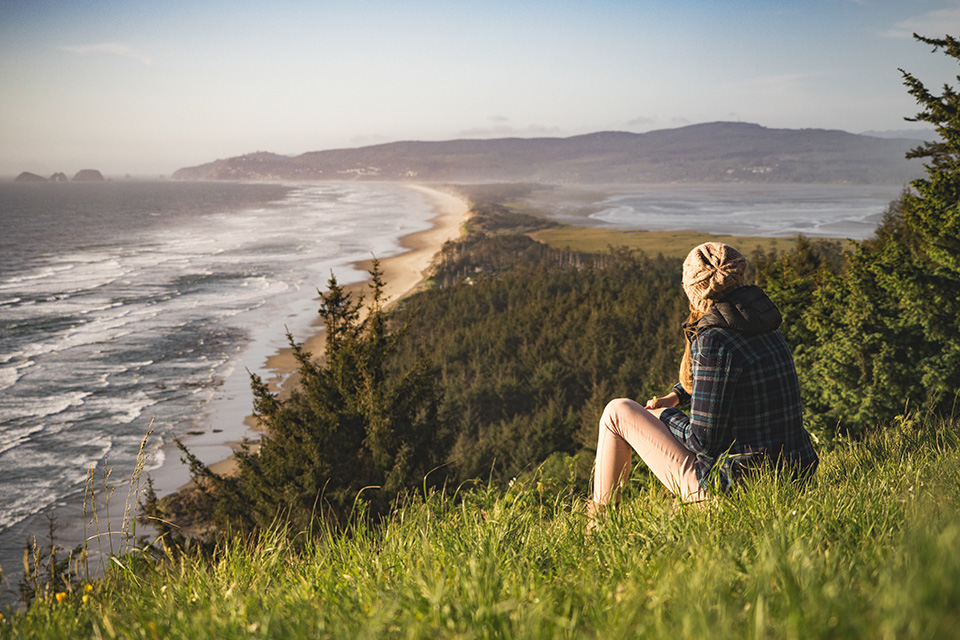 Creating with the Creator

Heavenly Father is the ultimate Creator. Since we’re his children, we all have inherited his gift of creativity.

I’ve always considered myself to be a fairly creative person; I love writing, dancing, and playing the piano. However, I’ve often felt like I’m not as creative or talented as others. 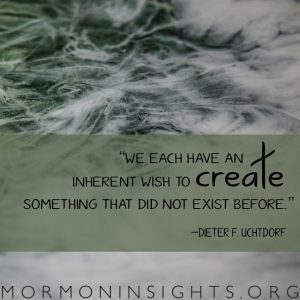 My perspective on what creativity is changed when I heard Claudine Bigelow give a BYU devotional address titled “Creativity.” Sister Bigelow says, “While creativity is an attribute we often associate with the arts, it is an important tool for finding our inner artist in every discipline at the university. The scriptures teach us that Heavenly Father is a profoundly creative Being, and He has made us to be that way too.”

Wow! All my life I had misinterpreted the nature of creativity. Creativity isn’t limited to participating in the arts. Creativity is a divine attribute. Heavenly Father is the ultimate Creator. Since he created all of us and we’re his children, we’ve all inherited his gift of being creative.

Sister Bigelow also explains that there are many types of creativity, such as problem solving on a day-to-day basis. In fact, we use creativity all the time, even though we may not realize it. According to Sister Bigelow, by interacting with others, we can further increase our creativity and feel more joy—the opposite of what happened when I compared my creativity to others’ creativity.

Sister Bigelow also quotes from the general conference talk “Happiness, Your Heritage,” by President Dieter F. Uchtdorf: “The desire to create is one of the deepest yearnings of the human soul. . . . What you create doesn’t have to be perfect. . . . Don’t let fear of failure discourage you. Don’t let the voice of critics paralyze you—whether that voice comes from the outside or the inside.”

President Uchtdorf’s words rang true to me—I deeply desired to create, but I was also inhibiting my ability to create because I was striving to be perfect. For example, when I was younger I quit ballet because I didn’t think I was good enough, even though I was very talented. I regretted that decision in the years to come.

But hearing Sister Bigelow’s devotional made me determined to do my best, not give up, and always channel my creativity. At the beginning of the next term, I decided to audition for BYU’s International Folk Dance team. I tried to not let my fear or perfectionist tendencies get in the way, and to my surprise, I made the team! While I was on the team, I was able to use my creativity and feel joy through dance once again. I also felt the Spirit and understood my divine ability to create while I praised the Creator through traditional and religious dances.

In addition to the arts, I’ve found other ways to be creative: through service, at work, and in my classes. And most of all, I’ve felt peace and joy knowing that I’m cultivating my divine gift of creativity and becoming more like my Heavenly Father.

To learn more about our divine ability to create, read, listen to, or watch Sister Claudine Bigelow’s full address: “Creativity.”

To learn more about how to be creative, read President Dieter F. Uchtdorf’s talk “Happiness, Your Heritage” and Robert D. Hales’s talk “Channeling Your Creativity.”