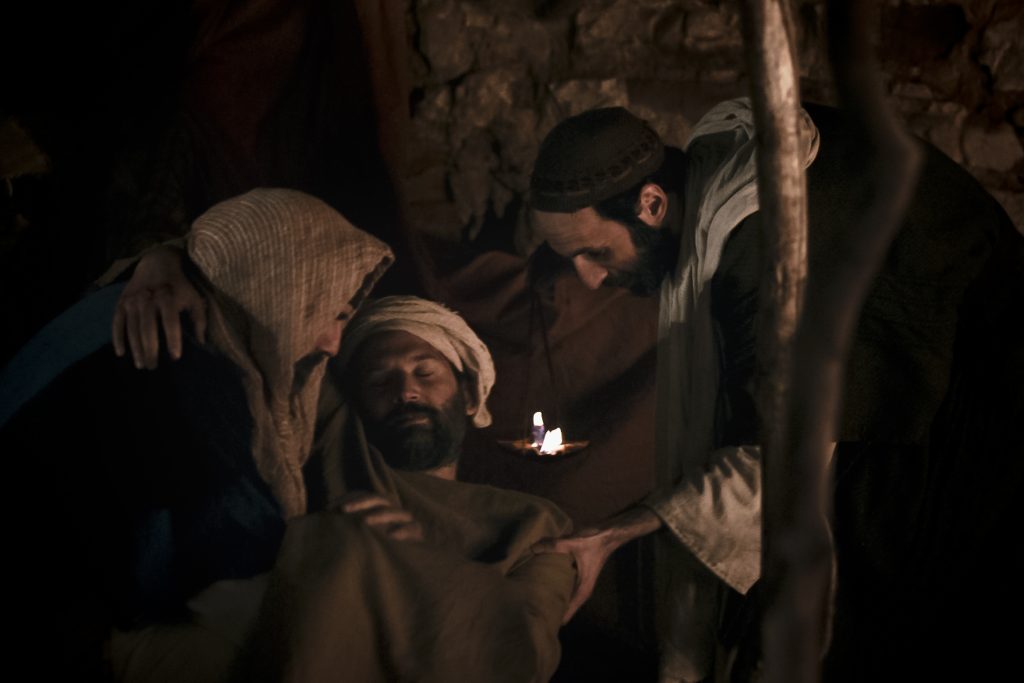 We often selfishly ask ourselves if the commandments to love and serve others really apply to us. The Savior lovingly reminds us that they do. 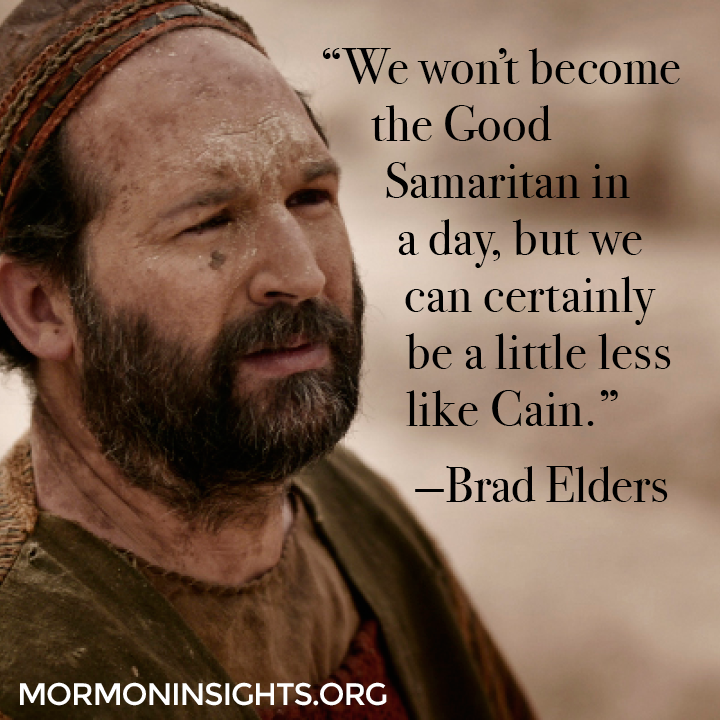 Two very different people each asked an unassuming and easily justifiable question. One asked, “Am I my brother’s keeper?” Another asked, “And who is my neighbor?”

None of us wants to relate to Cain, the first man to commit murder. But in some circumstances, we may find ourselves asking the same question he asked God—am I really responsible for my brothers and sisters? Cain was guilty; so are we, at times. Though neglecting our fellow human beings is not a terrible crime like murder, we still have the responsibility to look after those around us.

Cain felt jealousy grip his heart. When God smiled more warmly on his brother, Cain grew angry and vowed to get revenge. Cain stopped viewing Abel as his brother and instead saw him as his enemy. Elder Jeffrey R. Holland asked the following question in his talk “The Other Prodigal“: “Who is it that whispers so subtly in our ear that a gift given to another somehow diminishes the blessings we have received?”

The second question—”And who is my neighbor?”—came from a lawyer who, trying to ensnare Jesus in a trap of words, asked Christ to explain how to be saved. By asking this question he was looking for a loophole, a way to do the bare minimum and still get to heaven. The lawyer’s plan was foiled when Christ taught the multitude the parable of the good Samaritan, a tale that would warm the hearts of the righteous, stir the hearts of the humble, and pierce the hearts of the wicked.

The man who was attacked on the road was most likely a Jew. When he was robbed and beaten and on the brink of death, not even a priest of his own people would stop to help him—instead he passed by on the opposite side of the road. So did a Levite, a man who had dedicated his life to serve God. Two people who had promised specifically to serve others neglected their duty. Instead, a Samaritan stopped to bind the man’s wounds, pouring in healing oil and wine. The Jews viewed Samaritans as a people not deserving their respect or mercy. By choosing to use a Samaritan as the savior of this unfortunate man, Christ stressed that we are to show mercy unto all.

What we learn from these two questions is that loving others can be hard. It’s human to make mistakes and feel jealous or lazy. But Christ taught us a better way. He did so by using the very specific examples in his parable.

One person in my life has demonstrated this better way—my grandmother. She was left a single mother, unemployed and unsure of the future, struggling to care for three growing children. She found help at the hands of a “good Samaritan,” someone who was not of my grandmother’s faith but who was firm in her beliefs. Grandma has reciprocated this loving care by giving countless lives a lift. She has opened her heart and her home to children and others who have fallen on hard times—despite her own hard times. She hasn’t let past wounds limit her ability to love. Instead, she has used her own pain as a way to understand the pain of others, much like Christ does (Alma 7:11). Rather than looking for a way to get by without serving others or wishing to tear down others’ achievements, she has sought, and still seeks, opportunities to serve and praise others for their accomplishments.

It can take some diligent, conscious effort to change our attitudes about loving and serving others. But if we notice ourselves asking the same questions Cain and the lawyer did, now is the perfect time to start to make a change. We won’t become the good Samaritan in a day, but we can certainly be a little less like Cain.

Watch the parable of the good Samaritan on LDS Bible Videos.

“Elder David B. Haight teaches us that we can serve others by sharing the gospel with them. Watch or read “My Neighbor—My Brother!”

Read “What ‘Loving Your Neighbor’ Really Means” to hear Robert J. Matthews’s ideas on following the Lord’s commandments to love and serve others.