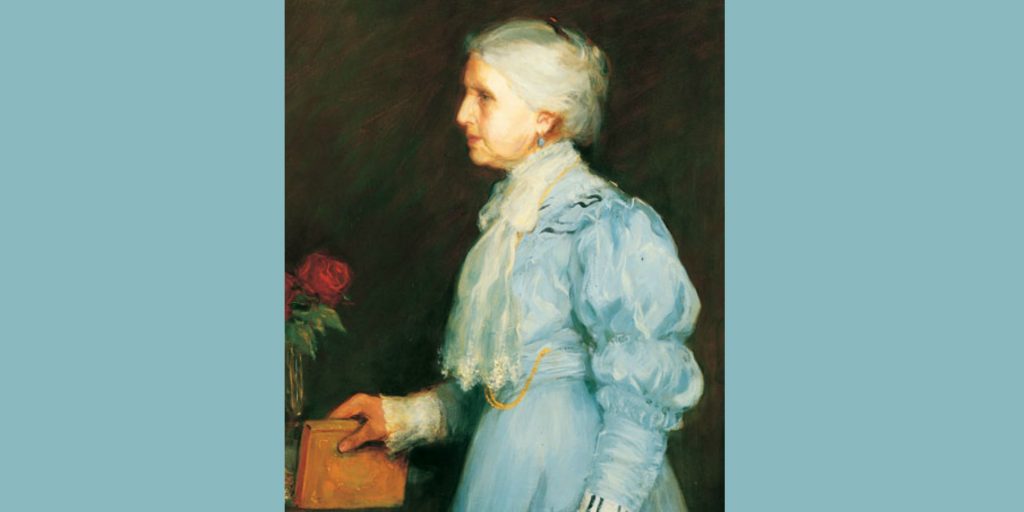 From her involvement in the suffrage movement to her triumph over personal tragedies, Emmeline B. Wells stands as a role model for young women.

“I desire to do all in my power to help elevate the conditions of my own people, especially women.”

Women’s rights activist, suffrage leader, general president of the Relief Society, wife, mother—these are just a few of the titles that Emmeline B. Wells (1828–1921) acquired over her lifetime. Carol Cornwall Madsen and Mary Stovall Richards tell her story in the article “Emmeline B. Wells.”

Emmeline joined the Church at the age of 14. At just 15, she married James H. Harris. Within the next two years, Emmeline faced several tragedies: her in-laws left the Church, her young baby died shortly after birth, and her husband was killed in a sailing accident after he left their home to find work.

Her second husband, Bishop Newel K. Whitney, died just two years after they were married, leaving her a single mother of two daughters at age 22. Emmeline remarried for a third and final time to Daniel H. Wells, with whom she had three children, although two of the three died in early adulthood. 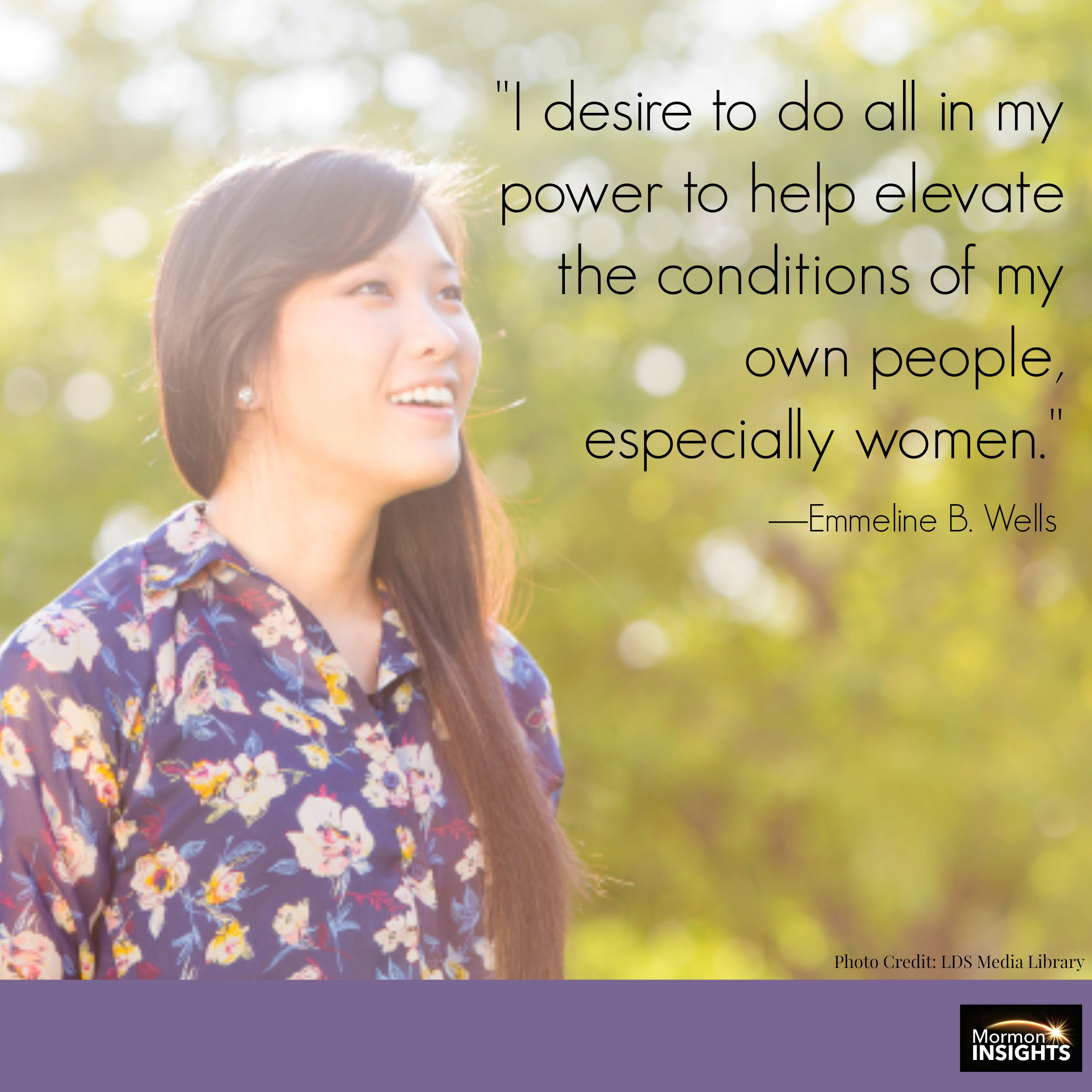 Emmeline believed strongly in fighting for women’s rights, and she wrote for a Mormon publication called Woman’s Exponent. She was elected as one of two representatives from Utah to attend the suffrage conference held in Washington, D.C. She held several positions in the National Woman Suffrage Association, the National Council of Women, and the International Council of Women, and she also served as president of the Utah Woman Suffrage Associate. She was invited to speak as a United States representative at the London meeting of the International Council of Women. In addition to serving the community, Wells was also the Relief Society general president for over ten years.

Through tragedy and triumph, Emmeline fought for what she believed in and served faithfully in the Church. She once said, “I desire to do all in my power to help elevate the conditions of my own people, especially women.”

Emmeline B. Wells influenced so many that her funeral was held at the Salt Lake Tabernacle—an honor given to only one woman before her. In addition, a marble bust was sculpted in her honor and placed in the Utah State Capitol. An engraving below the statue reads: “A Fine Soul Who Served Us Well.”