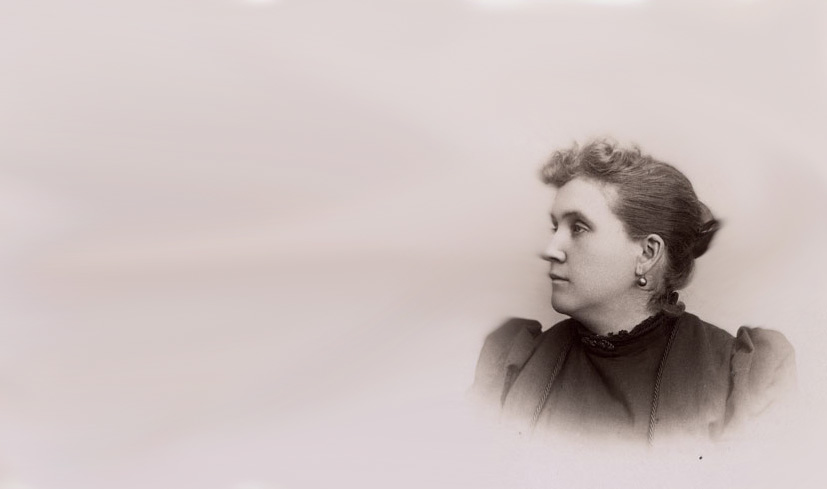 Despite divorce, mental health issues, and the burdens of family life, Gates used her talents to defend women’s achievements as well as her beliefs. 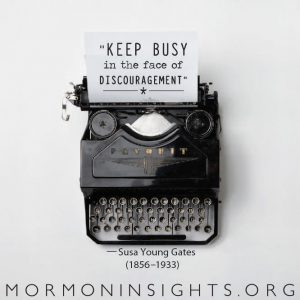 Susa Young Gates’ motto “keep busy in the face of discouragement” proved to be a recurring theme throughout her life. Though she faced both physical and emotional hardships, Susa used her love of the arts and her commitment to the gospel to inspire others. Both her successes and her setbacks are described in a biographical sketch from the Encyclopedia of Mormonism.

Known for defending her faith with pen and paper, Susa Young Gates wrote pamphlets, novels, and biographies, including a biography of her father, Brigham Young. In later years, Susa founded the Utah Woman’s Press Club and the Relief Society Magazine and worked on a history of women in the LDS Church until her death in 1933.

Even with her many accomplishments, Susa still faced challenges. At the age of 16, she married Alma Dunford, yet they divorced five years later. Susa and her second husband, Jacob F. Gates, later served a mission to the Sandwich Islands—but in 1902 Susa suffered a nervous breakdown, causing an early return from the mission field. Perhaps Susa’s greatest trial was witnessing nine of her thirteen children pass away before adulthood.

The antidote for these setbacks, according to Susa, was faith. A priesthood blessing, along with several years’ rest and a changed attitude towards prayer, helped her overcome her emotional trials.

Susa later advocated for women’s achievements, lecturing around the country on “equal moral standards for men and women,” and attended a meeting with Susan B. Anthony and Queen Victoria.

By persevering in spite of tragedy, Susa Young Gates was able to “keep busy” and bless the lives of those around her.