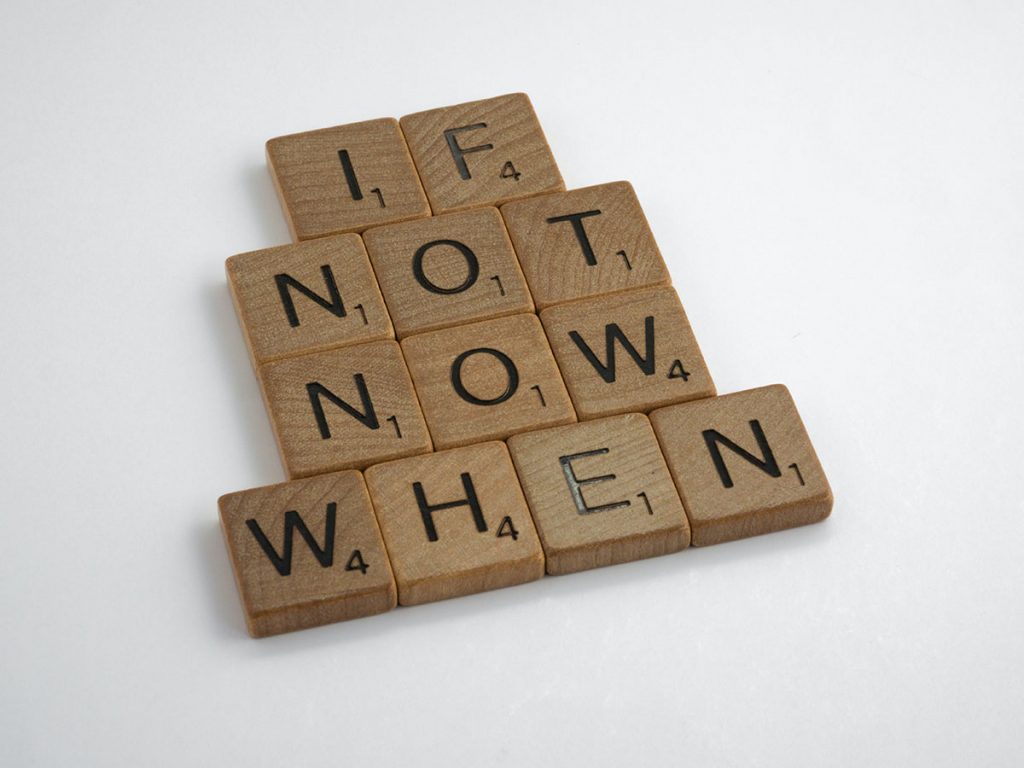 Was That the Spirit?

We often wonder how to distinguish between the Spirit and our own thoughts. By acting on our first impressions, we can know that God is, in fact, communicating with us.

“Get her ice cream tomorrow,” I thought when I saw a girl in my ward sitting alone during church. “What? No . . . that would be so weird. I’ve talked to her maybe twice. She’ll probably think I’m super weird and fake if I just show up on her doorstep with ice cream. And maybe she’ll feel like a ‘project.’” I had this back-and-forth conversation in my head as I noticed Sarah quickly leaving the building once the meeting had ended.

Have you ever had a similar experience? If you have, maybe you’ve asked the following question: How are we supposed to distinguish between our own thoughts and promptings from the Spirit? I’ve continually asked myself that question over the past few years as a young adult. While feeling confused and distraught because I hadn’t found an answer, I stumbled upon a talk that’s entirely changed my understanding. In the talk, “You Are Receiving Revelation . . . Now Act on It!,” Brother Loren Dalton says, “A positive thought to say something or do something is a prompting from God until proven otherwise. Just act on it!” 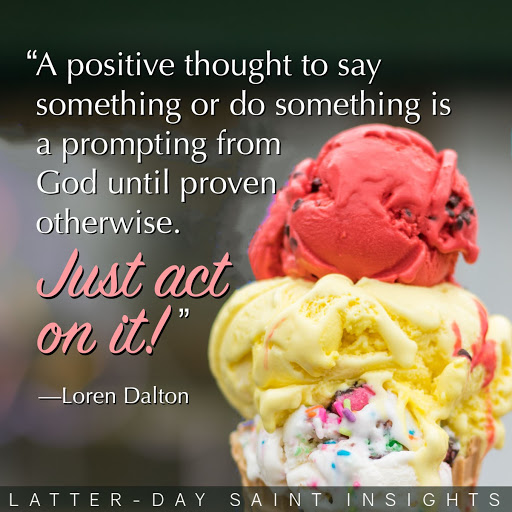 Brother Dalton explains that we receive more revelation than we realize, so we must believe God is communicating with us. However, the adversary sometimes confuses us by whispering his own messages right after we receive a prompting from the Holy Ghost. The adversary’s promptings are cleverly expressed: he tells us the first impression—the Holy Ghost’s prompting—was our own thought and that we don’t need to act on it.

Reflecting on the lessons from this talk, I decided to follow Brother Dalton’s counsel: I mustered the courage to act on the first impression and buy Sarah some ice cream. As it turns out, she had been having a hard time. She was grateful I had acted on the generous thought, and she didn’t criticize me for doing so.

From Brother Dalton’s talk and my experience with Sarah, I gained insight about how we can recognize promptings from the Spirit: we listen to the first good thought we have, and we act on it. As we practice this principle of revelation, we’ll better understand how the Spirit speaks to us and we’ll be better prepared to receive revelation in all areas of our lives.

Read President Russell M. Nelson’s talk “Revelation for the Church, Revelation for Our Lives” to learn more about how to receive and recognize revelation.

Take a look at Sister Julie B. Beck’s talk “And upon the Handmaids in Those Days Will I Pour Out My Spirit” to learn about the impact of following impressions.

Tagged  Elizabeth Gallacher, Ensign College Devotionals, Holy Ghost, How to Recognize the Spirit, Loren Dalton, Thoughts versus Impressions, Was That the Spirit?, You Are Receiving Revelation . . . Now Act on It!.
Bookmark the permalink.