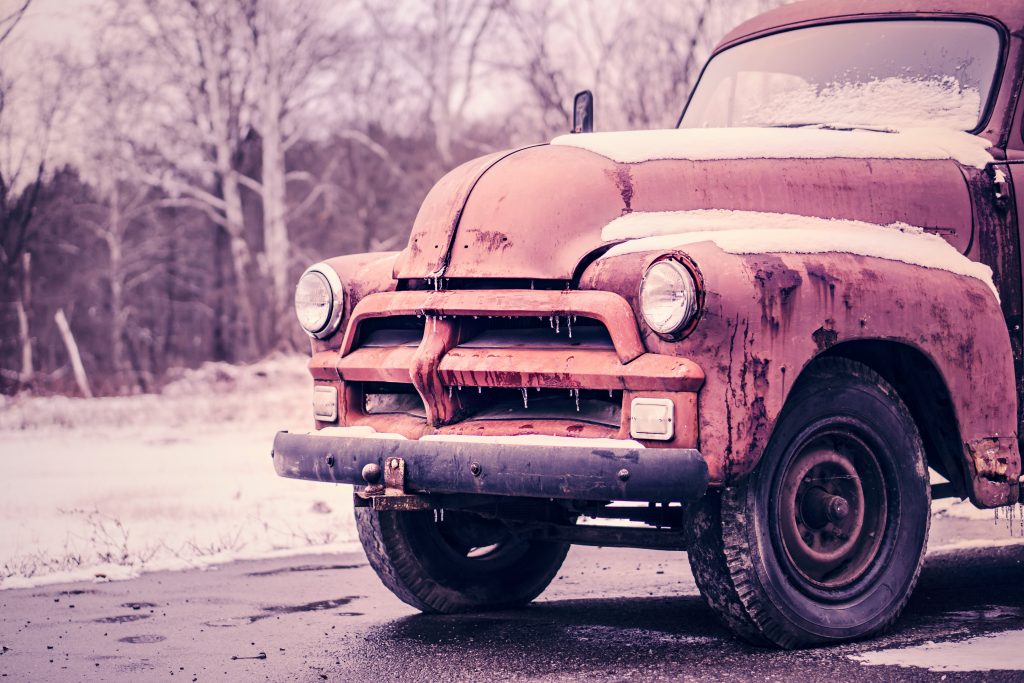 Do you feel held back or weighed down by your burdens? They might actually be propelling you forward. 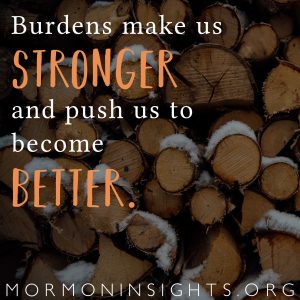 When I think of the word burden, I imagine a man carrying a giant boulder on his back. He is exhausted and struggles to move forward. I’ve always viewed burdens as things to avoid—things that weigh me down and stand in my way. However, in the talk “Bear Up Their Burdens with Ease,” Elder David A. Bednar explains how my burdens can be blessings.

Elder Bednar relates the story of a man whose truck gets stuck in the snow. Finding himself in a challenging situation, the man decides to get to work instead of waiting for the difficulty to resolve itself. He chops down trees and begins to stack logs in the bed of the truck. When the truck is full, the man decides to attempt to move his truck one more time. With the weight of the wood, the truck lurches forward. It was the burden of the wood that enabled him to drive home. This story showed me that I can change my perspective on burdens. I can look at them as blessings instead of challenges. They can strengthen me and give me the ability to develop and move forward.

I gained additional insight from Alma chapter 24, in which Alma and his people are suffering under the rule of Amulon. Rather than remove their burdens, the Lord makes their burdens lighter. Perhaps Heavenly Father decided not to completely remove their burdens because he knew the trials would make the people stronger and would push them to become better.

Read “Bear Up Their Burdens with Ease,” by Elder David A. Bednar, to find more scriptural accounts of Heavenly Father making burdens lighter.

To gain more insight about burdens, watch “The Will of God,” by Elder D. Todd Christofferson.

Read or listen to President Thomas S. Monson’s talk “Meeting Life’s Challenges” to learn how to respond to challenges.