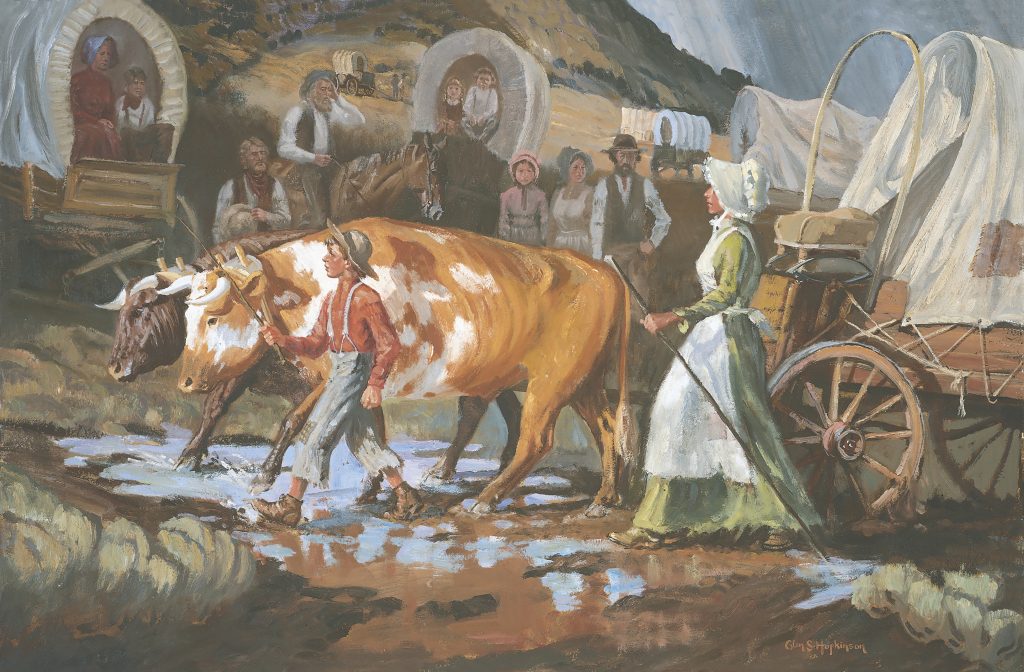 Her husband was dead. She was alone with her children crossing the plains. But Mary Fielding Smith quieted her fears. She protected and empowered her family by relying on the power of the priesthood. 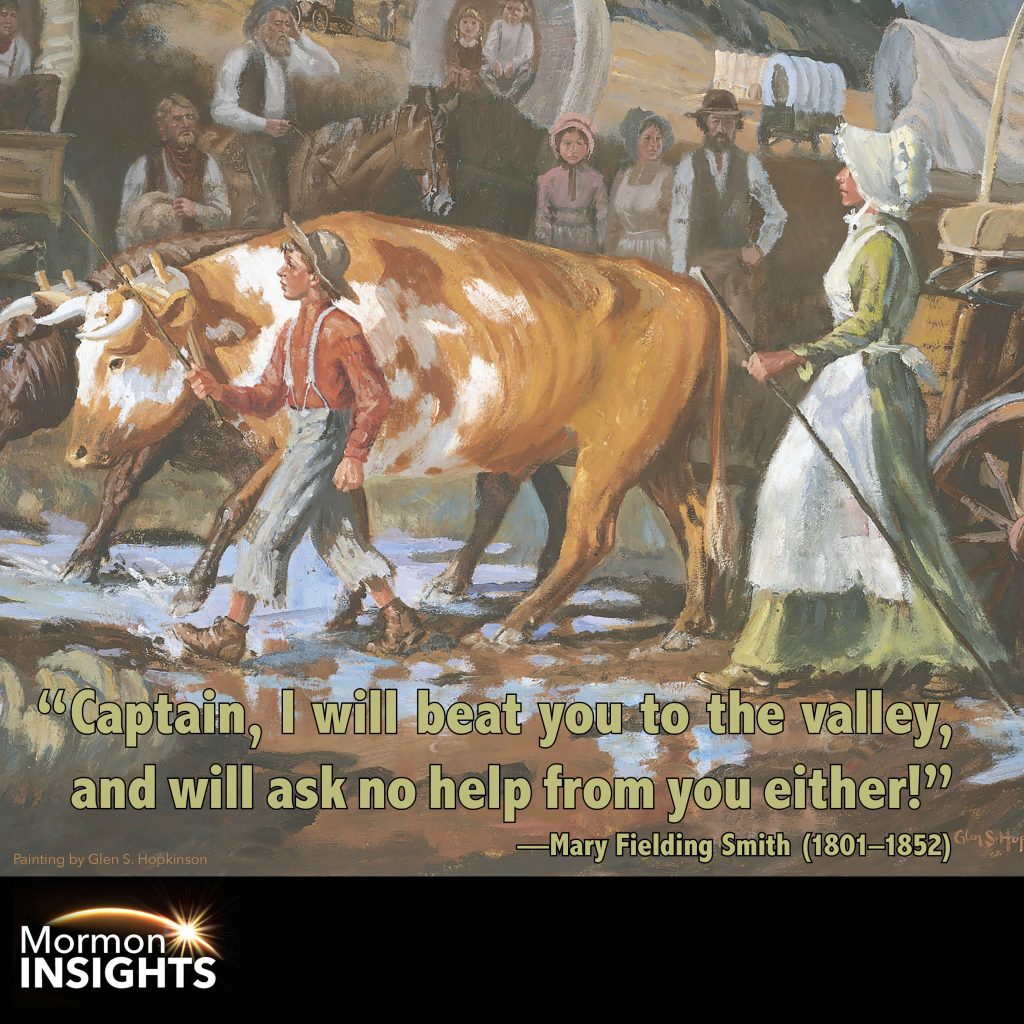 Mary Fielding Smith (1801–52), best known as the wife of Hyrum Smith and mother of Joseph F. Smith, found strength to raise her children practically by herself by depending on the blessings of the priesthood. In a short article in the Encyclopedia of Mormonism, Susan Arrington Madsen shares details from Mary’s remarkable life.

Born in Bedfordshire, England, in 1801, Mary was the sixth child of a strict Methodist family. She eventually joined the Church and met the Saints in Kirtland, Ohio. Even as a new convert, she recognized that if she wanted priesthood power in her life, she had to put herself in positions to access it. So she followed the Saints wherever they gathered.

While in Ohio, Mary married Hyrum Smith, who had recently lost his wife. Mary accepted the challenge of raising his five children relatively on her own, while Hyrum attended to his church duties. She and Hyrum later had a son and daughter of their own. Her reliance on priesthood power sustained her through many challenges, including Hyrum’s murder in Carthage Jail in 1844.

After Hyrum’s death, Mary led her family across the plains. She even arrived at their destination before the company captain who had discouraged her from coming by saying that she would just slow them down. After Mary arrived in the Salt Lake Valley, she and her family established a home founded in the strength of the priesthood. The Smiths read scriptures, prayed, paid tithing, fasted, and worked together under her leadership. She never hesitated to ask for priesthood blessings. Her son, Joseph F. Smith, became the sixth President of the Church.

Though Mary died at the young age of 51, her legacy as a woman of faith and power continues today.

For more insights:
In a video titled “Blessings of the Priesthood in Every Home,” Elder M. Russell Ballard invites us into the humble pioneer home of his ancestor, Mary Fielding Smith, and illustrates how she worked with priesthood leaders to bring the blessings of the priesthood into her home. He discusses how Mary was a model of one who knew how to bring power and protection to her family.