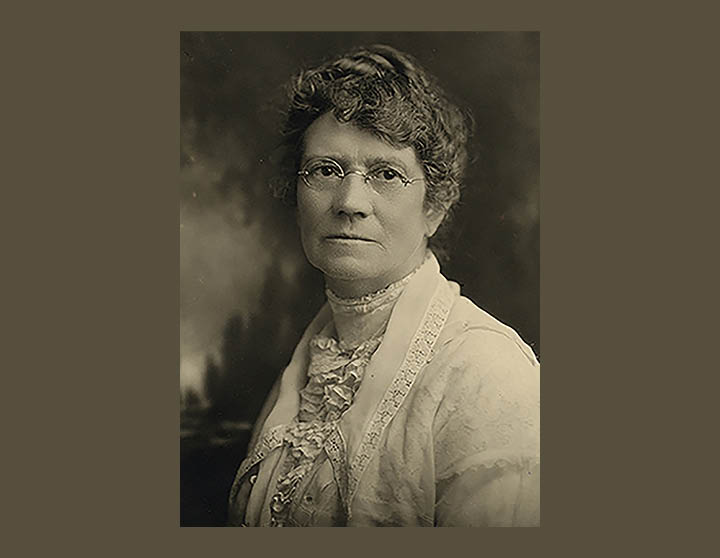 Ruth May Fox: Carrying on Despite Difficulties

The author of the beloved hymn “Carry On,” Ruth May Fox lived the words she wrote. Her firm testimony of the gospel helped her overcome the hardships she encountered. 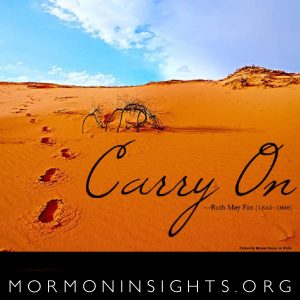 “Ever since I could understand, the gospel has meant everything to me.”

A woman of “great strength and refined features,” Ruth May Fox (1853–1958) is most famous for writing the lyrics to the hymn “Carry On.” As Linda Thatcher explains, the words Ruth wrote could be the motto for her life of unending faith in the gospel of Jesus Christ.

From the time of her mother’s death when Ruth was only two until the age of eight, Ruth lived with various LDS families in England because her father’s calling as a traveling elder took him away from home. Eventually, she and her father moved to America, where he remarried. The May family didn’t have a lot of money, so Ruth worked in factories to help finance the family’s trek to Zion.

Once in the Salt Lake Valley, Ruth worked at her father’s mill, running heavy equipment that was usually handled only by men. Through her experience working in the factories and at the mill, Ruth gained a great desire for equality. She later had a hand in helping Mormon women in Utah gain the right to vote and held influential roles in various political and social organizations.

At age 19, Ruth married Jesse Williams Fox, Jr., who eventually married a second wife during the time of plural marriage in the Church. Jesse then moved to another house, leaving Ruth to take care of their 12 children alone; she worked as a typist and opened a boarding house to support her family.

Although Ruth faced many challenges as an early member of the Church, she always maintained a strong testimony. Ruth stated “Ever since I could understand, the gospel has meant everything to me.” She was 104 years old when she died.

Ruth truly lived the lyrics that she wrote by standing “firm as the mountains around [her]” despite challenges and troubles.

Read another short article about Ruth May Fox.

Hear the hymn “Carry On,” with words written by Ruth May Fox.