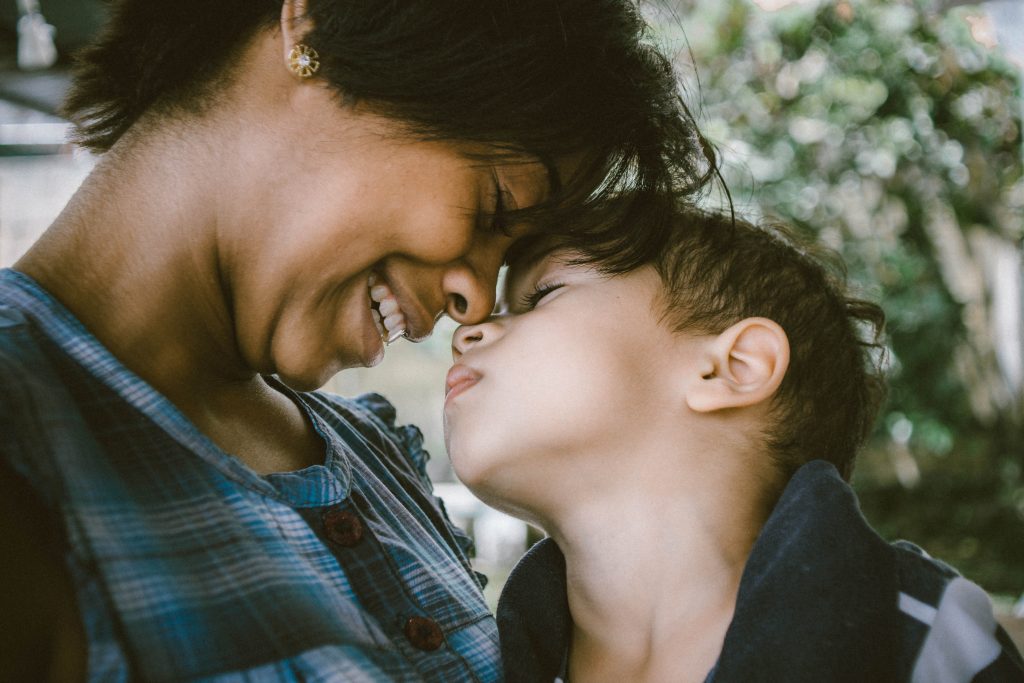 Not Just a Mom 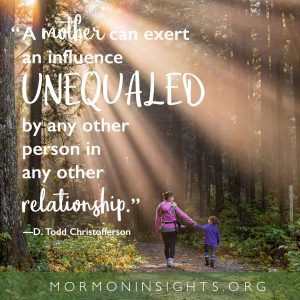 Although the world often demeans motherhood, the influence of women in the home is powerful and irreplaceable.

It is often difficult for women to know, understand, or feel that they are doing enough. It seems that there is pressure from every direction to be more of something: more beautiful, more kind, more spiritual, more gentle, more assertive, more career-driven. The evolution of women’s rights in the last century is life-changing, and girls today grow up hearing that they can be anything they want to be.

Despite the message that women can do anything they want, women often feel judged or looked down on for the choices they make, especially if their choice is to become a stay-at-home mother. When describing themselves, these women often say, “I’m just a mom” as if being just a mom doesn’t measure up to the invisible standard for all the things women should and can do. The world seems to say that with all the opportunities women have in our modern day, women who are just moms are living below their potential.

Elder D. Todd Christofferson addresses this issue in his general conference talk “The Moral Force of Women.” He discusses the divine power that women have to effect change and influence the people around them for good. Elder Christofferson acknowledges that the world ridicules “what they call ‘the mommy track,'” adding to the sense that women who choose to stay in the home are just moms. But Elder Christofferson testifies that moms are never just moms: “A mother can exert an influence unequaled by any other person in any other relationship.” These words speak to the importance, the nobility, and the power that mothers have. Elder Christofferson shows that motherhood is not a cop-out and it’s not a choice to be looked down on; rather, it’s an opportunity to change the world one child at a time.

Elder Christofferson’s empowering words remind women everywhere that moms are never just moms. They are a force divinely authorized with the power to change countless lives through their love, their strength, and their moral influence.

Read or watch Elder D. Todd Christofferson’s talk “The Moral Force of Women” to learn more about the power and importance of motherhood.

Read what the Prophet Joseph Smith taught about women.

Read an essay on lds.org/topics about our Mother in Heaven.

Read or watch Elder Jeffrey R. Holland’s talk “Behold Thy Mother” on the power of a mother’s love.

Read Sister Sheri Dew’s talk “Are We Not All Mothers?” expressing the divinity of a woman’s identity as a mother.

Watch videos about motherhood and mothers all over the world in the LDS Media Library.