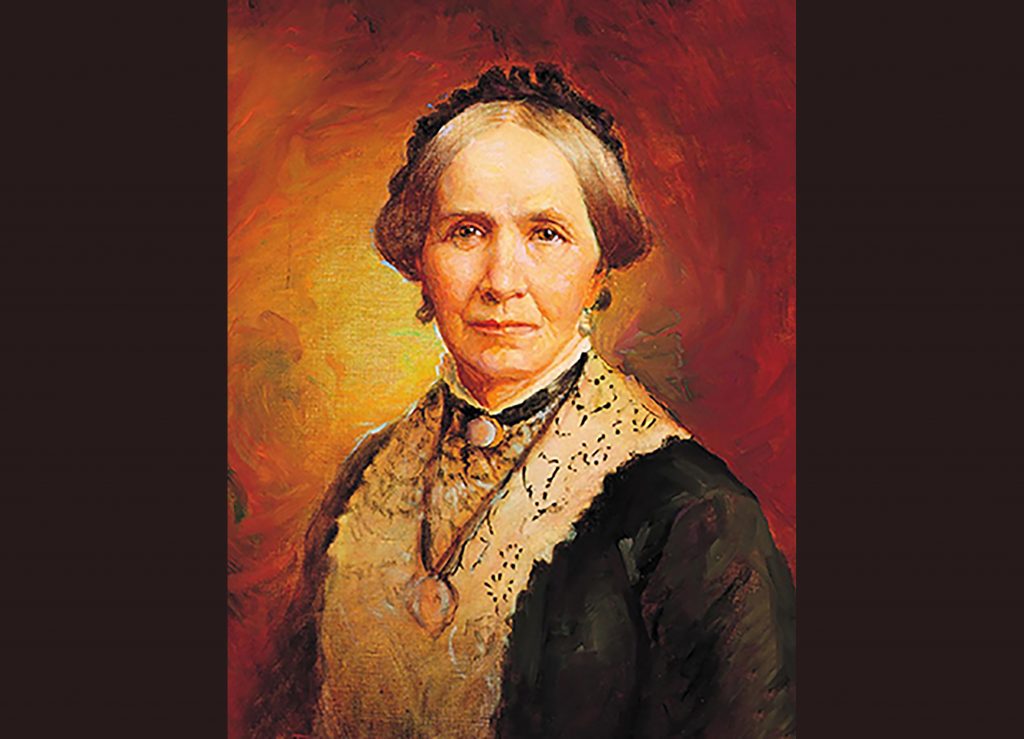 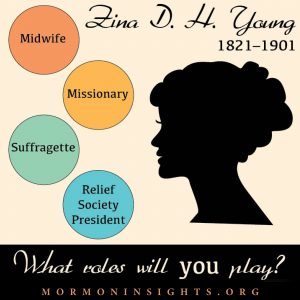 When we give all that the Lord asks of us, the bounds of our influence for good can be limitless. The life and service of Zina Diantha Huntington Young (1821–1901) exemplifies this principle, as documented on history.lds.org.

The eighth of ten children, Zina was a spiritual young woman who possessed the gift of speaking in tongues. Though she was able to attend school only sporadically, she became proficient in household skills such as weaving, soap making, and candle dipping. Zina’s skill and influence eventually extended to political, spiritual, professional, and medical spheres both inside and outside the early Mormon community.

After joining the Church at age 14 and later crossing the plains with other Latter-day Saints, Zina studied obstetrics and began serving as a midwife. She later helped to establish Deseret Hospital in 1872 and served as its vice president while also organizing a nursing school.

When the Relief Society was reorganized in 1880, Zina was called to serve as first counselor to Eliza R. Snow. As a counselor, Zina was sent by the First Presidency to the East Coast to advocate women’s suffrage and to represent the Church by correcting public misperceptions. During this period, she also addressed several temperance societies.

After the death of Eliza R. Snow, Zina was called to serve as the third general president of the Relief Society. She held this position for 14 years until her death in August 1901 at the age of 80.

Zina was an appropriate choice to serve in an informal missionary capacity and to represent the women of the Church. She counseled members to “seek for a testimony, as you would . . . for a diamond concealed,” demonstrating her own personal efforts to gain a testimony of the gospel of Jesus Christ.

Zina’s last words, spoken to calm her daughter’s concerns, were characteristic of the woman known as “the heart of Relief Society”: “Never mind, make the best of it.”

Read “Young, Zina D. H.” in the Encyclopedia of Mormonism.